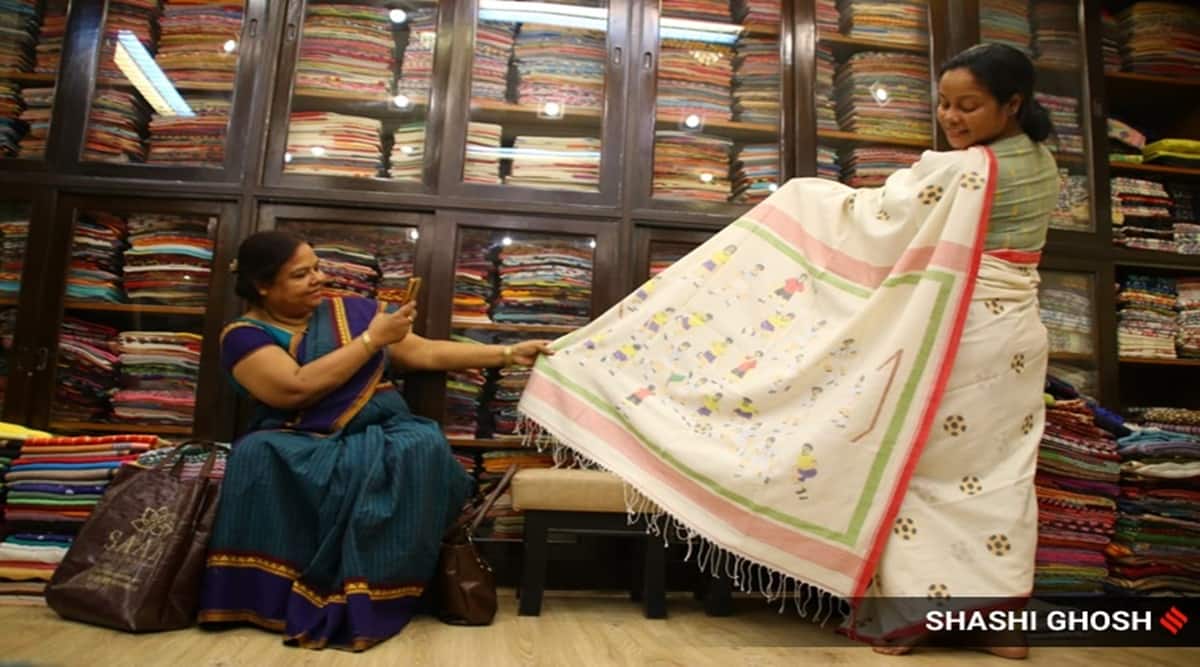 The bond between football and Bengal has been forged through blood and sweat over decades. Be it the historic victory of Mohun Bagan Athletic Club against East Yorkshire Regiment during the colonial rule, or the celebrated rivalry between Mohun Bagan Athletic Club and East Bengal club, Bengal drips of football the way ‘roshogolla’ drips of sugar syrup. So, it is only fitting to see Kolkata rising to the occasion of the ongoing FIFA World Cup with a unique sari that serves as a perfect conduit of cultures.

In celebration of the marquee quadrilateral sporting event hosted by Qatar this year, a shop in Kolkata has come up with a World Cup-themed sari that has generated a buzz on social media. 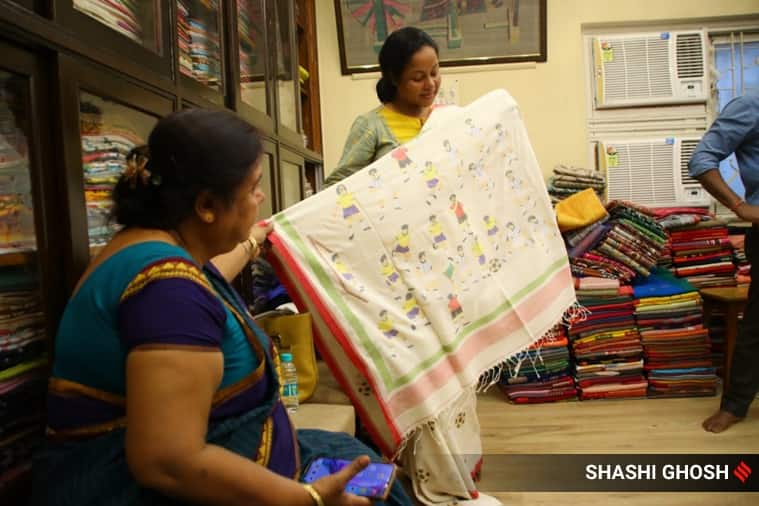 The unique sari is made of Jamdani (fine muslin texture) and carries motifs of football players all over the body. (Express Photo by Shashi Ghosh)

Balaram Saha and Sons, a shop in south Kolkata’s Gariahat, is playing host to this sari made of jamdani (fine muslin textile). Motifs of football players from Brazil and Argentina, two of the participating nations in the World Cup, run all over the body of the sari.

“We have made only a couple of such saris up until now,” said Raja Saha of Balaram Saha and Sons, adding that they are making a couple more of them based on ‘special orders’. “The Consulate General of Brazil in Kolkata has already taken one of these saris,” Saha said.

Asked about the choice of material, Saha said that jamdani is his favourite textile. “It is my first love, and continues to be my favourite even after thirty years,” he said.

Even though he runs a wholesale shop, Saha finds time out of his hectic workaday schedule to create something new on festive occasions. “Due to the COVID pandemic, we had to shelf our creations for almost two years. However, normal operations have resumed in 2022, and we were overjoyed by the response we received from our customers this festive season,” he added.

Like most Bengalis, the love for football is what ignited the spark for this creation in Saha’s mind. “Back in my school days, I used to play a lot of football in our school field, and have even represented my school, St Paul’s, Darjeeling, in exhibition matches,” he said. The shop owner also confessed his love for watching football on television regularly. “Tuesday and Wednesday nights are synonymous with Champions League football in my household,” Saha said with a broad smile on his face. 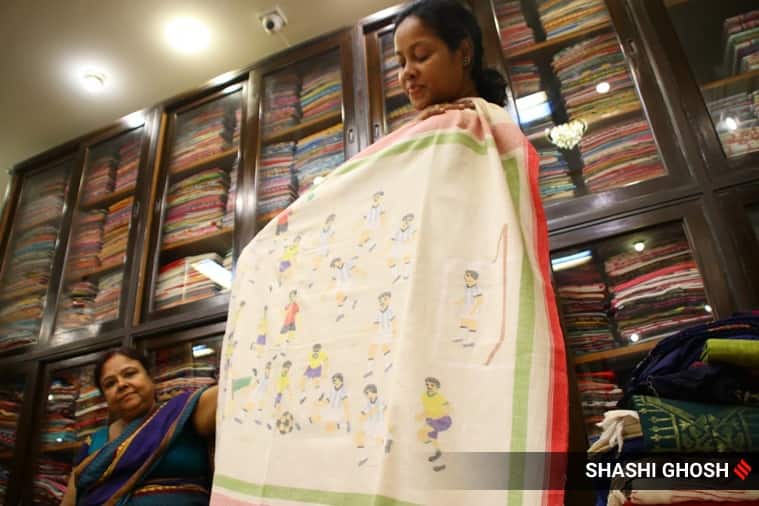 According to Raja Saha, the sari can easily be customised as per the customer’s wish on an order-specific basis. (Express Photo by Shashi Ghosh)

An avid East Bengal supporter, Saha expressed his desire to make a sari in similar vein, sporting players from the two juggernauts in Indian football, East Bengal and Mohun Bagan. “The sari can easily be customsied according to the customer’s wish,” he said, explaining that the jerseys of the players can be changed on an order-specific basis.

The heavily discussed sari is priced at a staggering Rs 23,100!