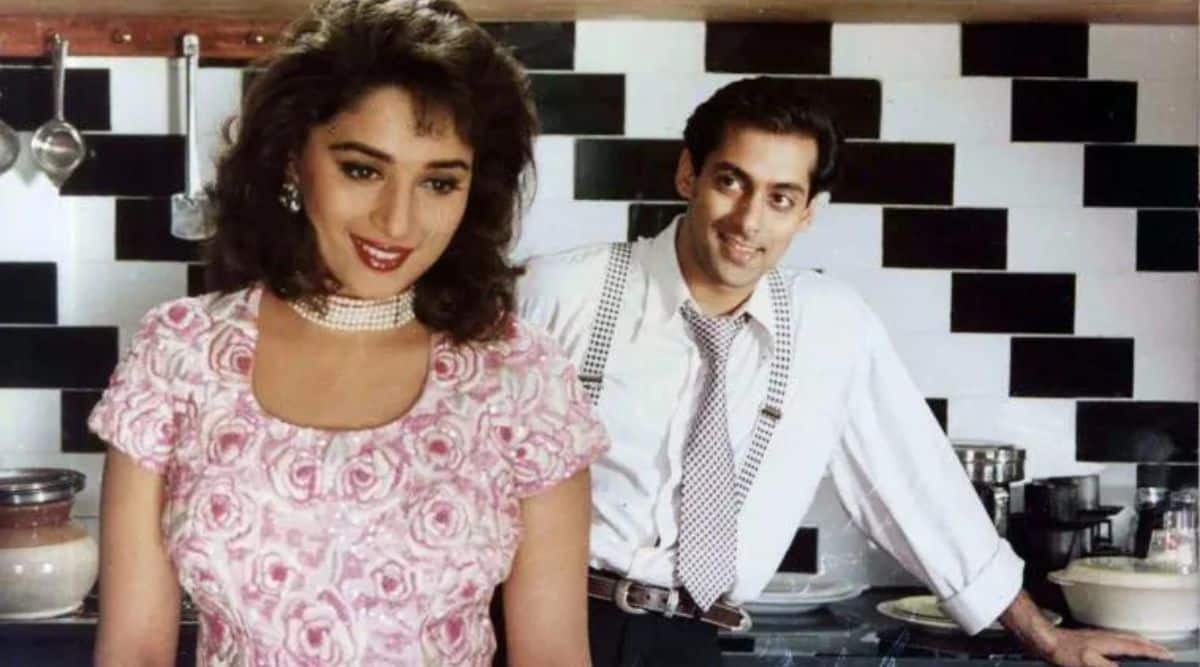 In her heyday, Madhuri Dixit was filmmaker Sooraj Barjatya’s favourite actress. In 1998, when Sooraj was casting for the film Hum Saath Saath Hain, the director was in a dilemma because he wanted Madhuri in the film, but was not sure which role to offer her.

In an interview with Rediff.com, Madhuri said that since she cannot refuse any ‘Sooraj Barjatya’ film, she sat down with Sooraj and discussed her possible role in the movie. The actor said, “Soorajji also was in a dilemma because he wanted me in the film. But he said, ‘Which role do I put you in?’”

The actor further explained, “I cannot play Karisma’s role. I could not play Sonali Bendre’s role, especially after Hum Aapke Hain Koun. Because of Hum Aapke Hain Koun, the next film I do with Soorajji has to be a step ahead. I cannot go one step back and do a role where anyone can fit in.”

Madhuri Dixit then said that the makers thought of fitting her in Tabu’s role as Sadhna. In the film, Tabu plays the role of the eldest daughter-in-law and she is sister-in-law to Salman Khan and Saif Ali Khan. Madhuri said that it was hard establishing a ‘bhabhi-devar’ relationship with Salman after playing lovers in Hum Aapke Hain Koun.

“There is a scene in the film where Salman touches Tabu’s feet and he hugs Tabu. So there has to be this bhabhi-devar feeling between the two. But if you put me in Tabu’s place and visualise Salman touching my feet… I think people would have hooted in the theatres. And I think it’s right… because of HAHK, which was a love story between Salman and me,” the actor said.

Madhuri Dixit, lastly, said that she could only envision herself in Reema Lagoo’s role. “The only role that I could have played was that of Reema Lagoo’s, which is a powerful role in the film. But I am too young to do that.”