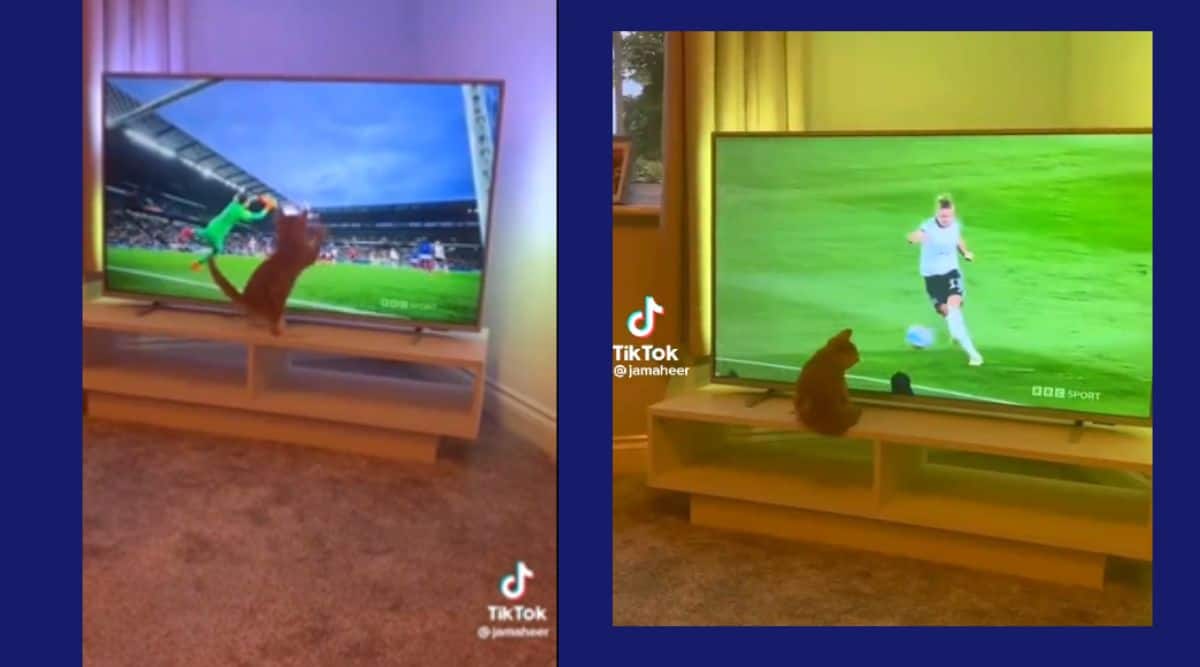 Cats are skilled hunters with the ability to catch swiftly moving targets. It is almost an instinct for the felines to calculatingly leap at all things that move. Now a video that captures this exact behaviour is going viral.

The undated clip shows a small kitten perched in front of a TV, keenly following a football match. The cat then leaps towards the football as it flies into the net. The young cat keeps doing this as the goal is aired again in slow motion.

The 19-second clip which captures this adorable behaviour was posted on Twitter by a popular cat content account named ‘cats with jobs’ (@CatWorkers). This video has gathered over 6.2 million views.

Won’t be long before that tv gets knocked off the stand too. 😂 Cat parent’s know.

I love soccer, but I would watch every World Cup game if this kitten was also “playing”

Is there more TV footage like this? I might start watching football if there is. #CatsOfTwitter https://t.co/g4DxceBkMf

Commenting on the video, a Twitter user wrote, “Is there more TV footage like this? I might start watching football if there is. #CatsOfTwitter”. Another person remarked, “The best goalie in the world 🤗”.

Many people who have cats as pets noted that similar antics by cats cease to be cute once they cause property damage. Echoing this view, a Twitter user wrote, “it’s all fun and games until you notice the scratch marks on the screen 🥲”. Another one remarked, “Won’t be long before that tv gets knocked off the stand too. 😂 Cat parent’s know.”

Earlier in June this year, a video that showed a dog enthusiastically licking a large TV screen because of a cooking show about meat preparations had gone viral.