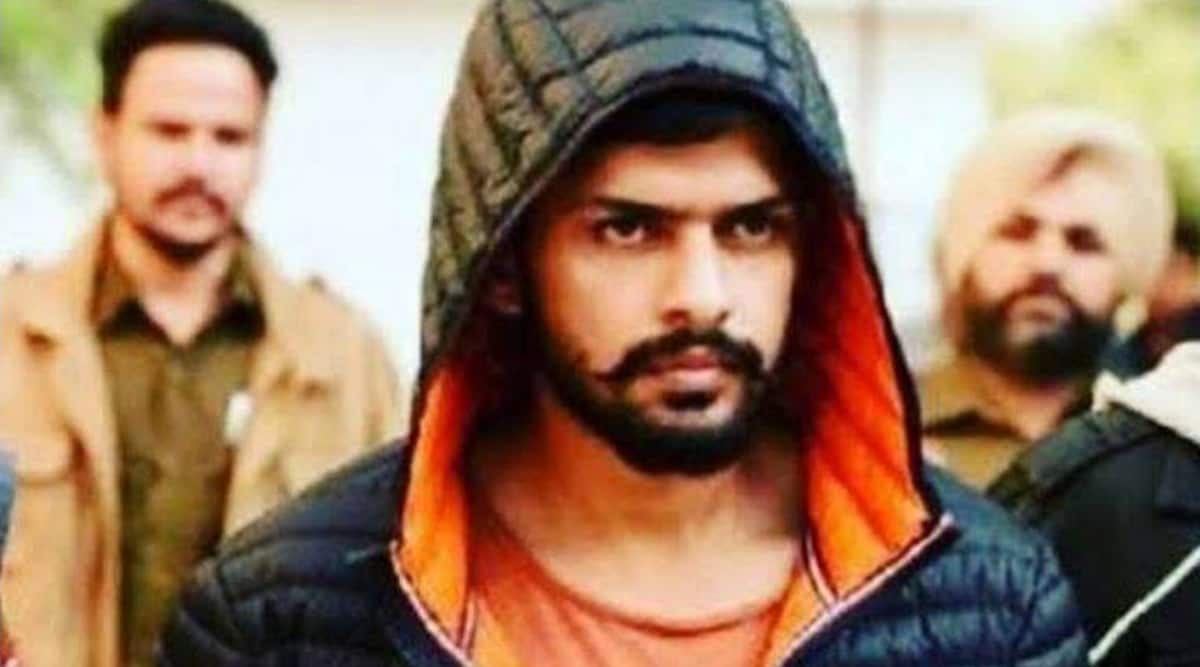 The National Investigation Agency (NIA) on Thursday arrested jailed gangster Lawrence Bishnoi from a jail in Punjab in connection with a case related to a conspiracy hatched by terror groups and criminal syndicates to carry out violent acts and sensational crimes in different parts of the country.

The NIA also secured from a Delhi court 10-day custody of Bishnoi, who is a key accused in the murder of Punjabi singer Sidhu Moosewala.

During the hearing, the court asked the agency, “What is the locus of NIA in the Moosewala murder case?” The NIA, while seeking Bishnoi’s custody for 12 days, informed the court that “the material” was coming from Pakistan and people like Moosewala are targets. “An investigation into the larger aspect is being carried out, and links are being searched,” the agency said.

The NIA said Bishnoi was arrested after it was found that most of the conspiracies were hatched from inside the jail by him and were being executed by an organised network of operatives based in the country and abroad. It told the court that Bishnoi “conspired to recruit youngsters for terror attacks in India to “strike terror in the minds of the people”.

A spokesperson of the NIA said, “The gangster is involved and wanted in many cases, including the conspiracy to carry out targeted and sensational killings in Punjab, Haryana, Chandigarh, Himachal Pradesh, Rajasthan and Delhi since last more than a decade”. A resident of Fazilka in Punjab, Bishnoi has been in jail since 2014 after he was arrested during an encounter with the Rajasthan Police. He was shifted to Delhi’s Tihar jail last year but was arrested by the Punjab Police on June 14 in connection with the sensational murder of Moosewala on May 29.

The case against Bishnoi was initially registered at the Delhi’s special cell police station on August 4 under sections 120B of the IPC and sections 17, 18 and 18B of the Unlawful Activities (Prevention) Act. The NIA re-registered the case on August 26, the spokesperson said.