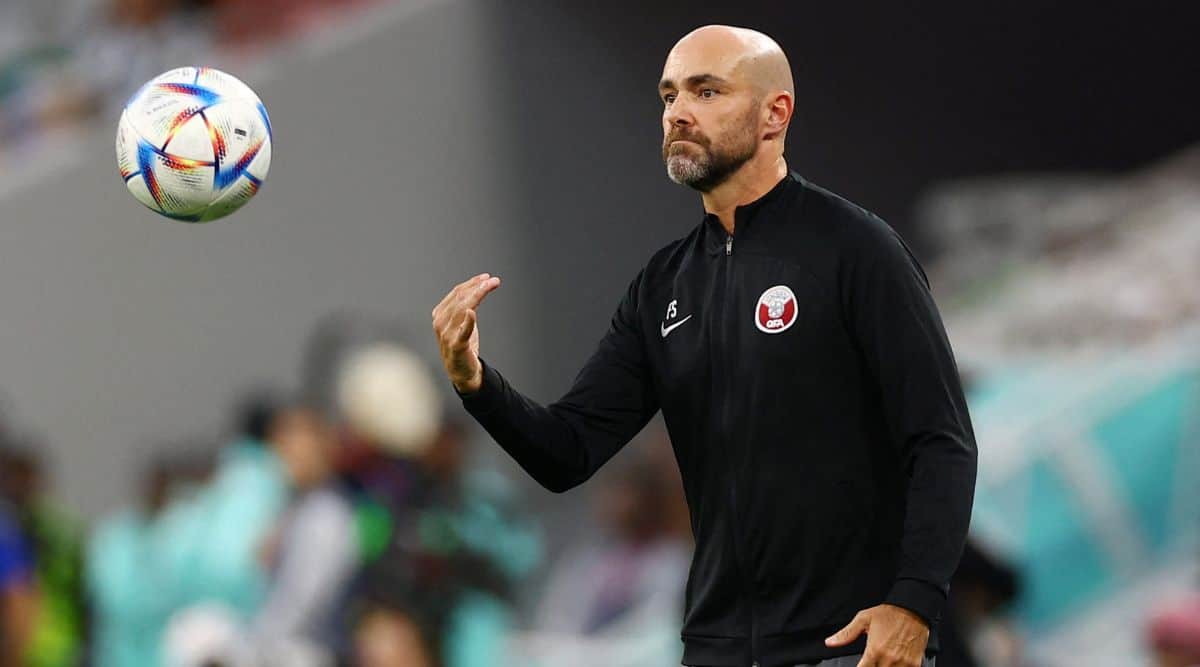 Qatar coach Felix Sanchez said his side should not be branded a “failure and disappointment” after they lost their second group game against Senegal on Friday, a result that puts the World Cup hosts on the brink of elimination from the tournament.

After losing their opener to Ecuador, Qatar did finally manage to score a goal in the tournament but fell to a 3-1 loss to the African side which leaves them bottom of Group A with no points.
Qatar are the reigning Asian champions but are playing in their first World Cup.

“I do think we played a good game. When you come here you need to know where you’re coming from (as a country). If this is a failure and disappointment, that depends on expectations,” Sanchez told reporters.

“Our goal was to be competitive… We’ve been working for so many months to be able to give a good performance.

“But sometimes the match does not play out as you expect. It also depends on the opponents’ performance. We didn’t play at our top level. We were competitive but didn’t improve.” With a final game against group favourites the Netherlands looming, Qatar are in danger of becoming the first World Cup hosts to fail to win a single game.

“We are aware of how tough this competition is. We wanted to go far but we know we had limitations as a country,” Sanchez added.

“It’s a small country, not a very large population. The local league is not a very competitive one.

“It’s our first time at the World Cup. If we can take part again, that would be great. It’s always useful to get more experience.”

When asked if the team had reached the end of a cycle, Sanchez disagreed but admitted there could be changes when they defend their Asian Cup crown next year.

“We have some young players and more experienced players… Our goal is very clear, we will have a generational shift. Some players will leave, others will come,” he said.

“We might have new players at the Asian Cup next year, some players cannot play at their best for such a long time, but it’s not the end of a cycle.”