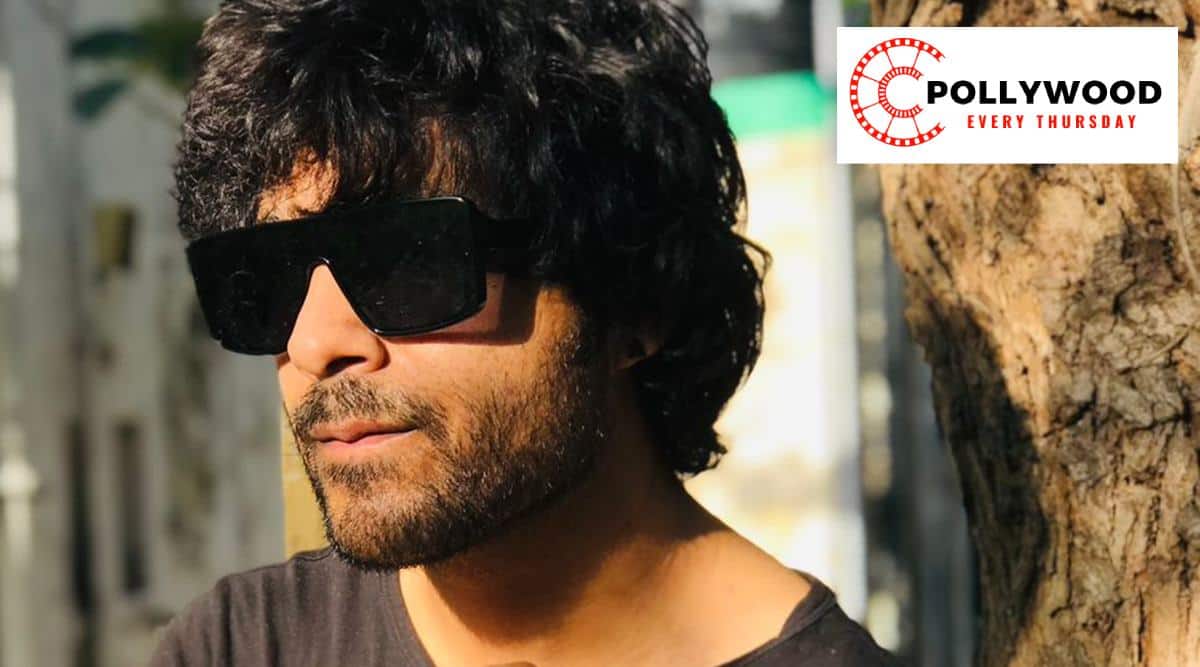 A double graduate and double postgraduate, Dheeraj Kumar finds peace in acting and refers to Pollywood as a land of possibilities. Coming from a humble background and without any connections in the film industry, he has made a space for himself through his works.

Born and brought up in Tambu Wala village in Jalalabad city of Punjab’s Fazilka district, Dheeraj is deeply connected to his roots. Rustic at heart, the artist now lives in Mohali, the place which gives wings to his dreams.

The late Hari Chand, Dheeraj’s father, was a farmer who succumbed to diabetes owing to lack of proper treatment in 2010. His mother Shimla Rani is a homemaker while his brother Neeraj Kumar, who works in the Indian Postal Service, is married and has a son.

After completing Class 10 and 12 from a school at Chakk Vero Ke village in Jalalabad, Dheeraj graduated in arts from the city’s Giani Gurbaksh Singh (GGS) Dayanand Anglo-Vedic (DAV) Centenary College, after which he completed his graduation in education (BEd) in music and Hindi. Despite his lack of interest in music, his father made him take up a postgraduate degree in music at Himachal Pradesh University at Summer Hill, Shimla. During the course, the actor lost his dad and with no clear plan to follow in life, Dheeraj acted upon his friend’s suggestion to pursue theatre. He then joined Panjab University’s department of Indian theatre in Chandigarh and took another postgraduate degree, which he now calls the turning point of his life.

Not at all. I did not have any clue about it until I joined the theatre. Since childhood, I was interested in cricket and wanted to become a fast bowler. However, my father always wanted me to become a singer and I was forced to learn music. Even when I joined theatre, acting was not in my head as my work involved providing background music. However, things changed in 2014 when I was made to act in a short film ‘Brand New Song’ by director Tarsem Singh Sidhu. It was the first time I faced the camera and felt a sense of comfort in doing so. I realised I was made to do this only.

Though I can listen to the songs of all artists, ranging from Nusrat Fateh Ali Khan to Diljeet Dosanjh to AP Dhillon, my inclination is more towards Sufi music.

Again, I can watch all movie genres. My list of favourites includes Tom Tykwer’s ‘Perfume: The Story of a Murderer’ (2006), Tod Phillips’ American psychological thriller ‘Joker’ (2019) and the recent Kannada release ‘Kantara’ by Rishabh Shetty. In Bollywood, the web series ‘Mirzapur’ (2018) and ‘Paatal Lok’ (2020) are the best.

A snippet from life

I want to share one thing that my father used to say, which continues to stay with me. He said, “Hatthi Vanaj Snehi Kheti, Kadi Na Hunde Battiyan Ton Tetti.” It’s a saying in Punjabi which suggests that it is best to do your things on your own as it gives you the maximum benefit. What you do with your own hard work is what gives you the best results. I follow the same and do all my chores, from the small to big ones, on my own and God has been kind in showering his grace on me.

Dheeraj’s upcoming film ‘Paune 9’ is ready for release and will be out soon. He will next be seen with Parmish Verma in ‘Tabaah.’ 2023 is going to be a special year for the actor as he plans to release his production house’s (Impossible Film Studio’s) first project ‘Full Moon’ for the Punjabi audience.

It can be none other than the film ‘Warning.’

I do not think a lot about things. I just speak to the Universe through affirmations and it responds. We can create what we want, I believe. As far as acting is concerned, it gives me peace and is my passion. Apart from that, there is no secret. Trust me, if I can be an actor, anyone can!

Pollywood is full of possibilities. It is continuously upgrading and growing. In recent years, there has been a significant rise in the number of filmmakers. I feel the Punjabi film industry is in its youth and is building itself through experimentation. With time, it will mature as people in the industry are hardworking and going on the right track.

There are no challenges in life, just personal struggles. I don’t like using the word ‘struggle’ as well because it’s just a process that we need to go through for self-learning and improvement. You might call doing something for someone else a struggle, but when it is for your own good, it’s a part of life.

Though I have no challenges to mention here, I do have a regret to share. I feel bad about the fact that I could not do much for my father. He lived and died in poverty. I feel he should have been here today to rejoice as his dreams for me are turning into reality.

My mother has been forcing me to tie the knot for quite a while now (laughs). So, maybe, I will plan on getting married. Even though I have her to find a bride for me, she does not want to take the risk and expects me to find a partner for myself. Honestly, there comes a time in life when you wish to settle down. Moreover, I like the idea of having kids and watching them play around in the house.

Do not overeat. On a hunger scale of 10, fill your stomach up to 8 only. Do not satisfy it completely by stuffing food. Also, choose homemade food over any other kind. I prefer the same as it is the best diet to stay healthy. For physical exercise, I consider running the best. Not on the treadmill though. Run out on the road! My workout routine comprises one and a half hours of running in the morning and an evening session in a gym.

Mantra of success in acting

Ah! There is no mantra. You can never know how a character may come out to be until you have played it. You cannot design its journey or its impact on people. You can only put in your best effort and rely on your hard work in acting. Rest, you can never determine. Interestingly, someone told Gippy Grewal he had made the wrong choice by casting me as Shinda in ‘Warning’. However, after the release, the character received a lot of appreciation. The very role got me nominated in the Promising Star category for the PTC film awards.