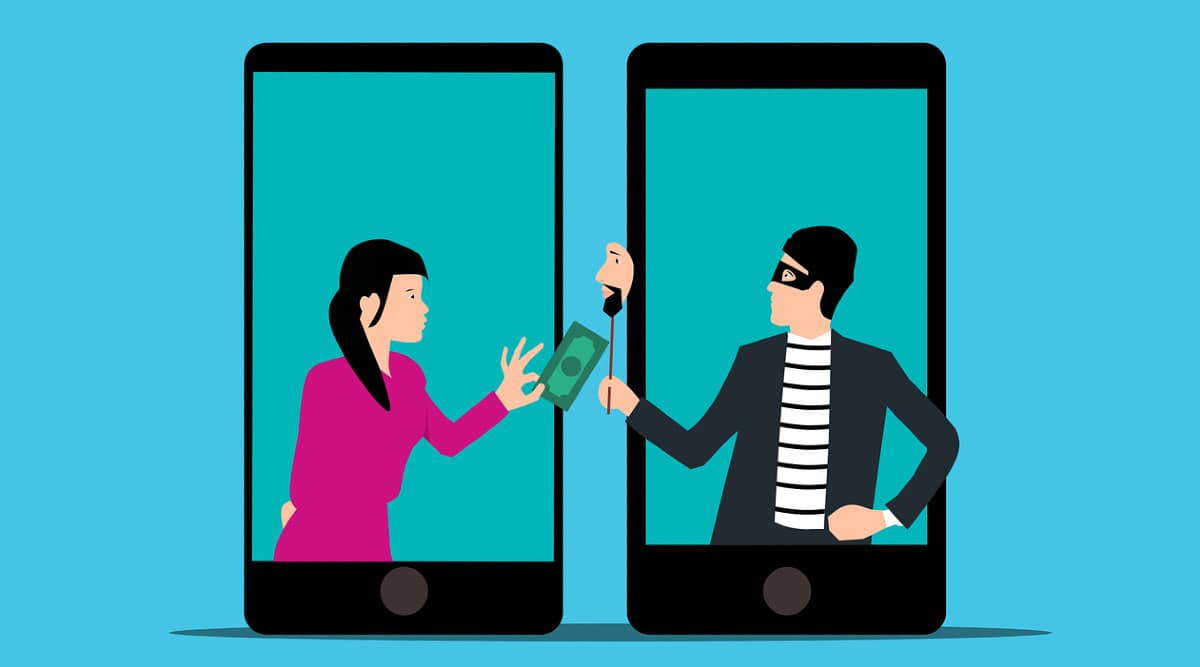 Fraudulent Telegram groups are on the rise, scamming users on the grounds of everything from gaming hacks to cryptocurrency scams. A new threat has now come up in the form of fake Telegram Groups that aim at luring investors into putting their money in scams under the guise of Mutual Funds. In a press statement, the Kotak Mahindra Bank has warned users against falling prey to such fraudulent groups. Such Telegram groups often use the promise of large returns to attract users and their money, which is not true.

“Kotak Mutual Fund would like to alert all its investors, partners and public at large regarding the fraudulent Telegram and social media groups and communities that promise huge amounts of returns against their investment,” the press statement said.

The groups in question pose as official groups, misusing the Kotak Mutual Fund name and logo, along with the identity of its spokesperson to “misguide” investors.

Kotak Mutual Fund has does operate on Telegram, but it has only one official Telegram handle (https://t.me/kotakmutualfund). The official group also does not promise or misguide investors in any form. Keep in mind that all Mutual Fund investments are subject to market risks and hence, can never have a guaranteed sum of returns on a particular amount of investment. Investors partaking in Mutual Funds should read all scheme related documents carefully before investing, something these fraudulent groups will not have.

How to spot fraudulent groups?

Spotting such fake groups is quite easy if you keep some key pointers in mind. Fake groups will not talk about policies and rules and regulations. Instead they will focus on numbers and absurd growth claims to attract unsuspecting users.

Phrases like ‘Invest X amount and get Y returns’ and messages with an excess of emojis and animated GIFs are also common indications of fraud groups. 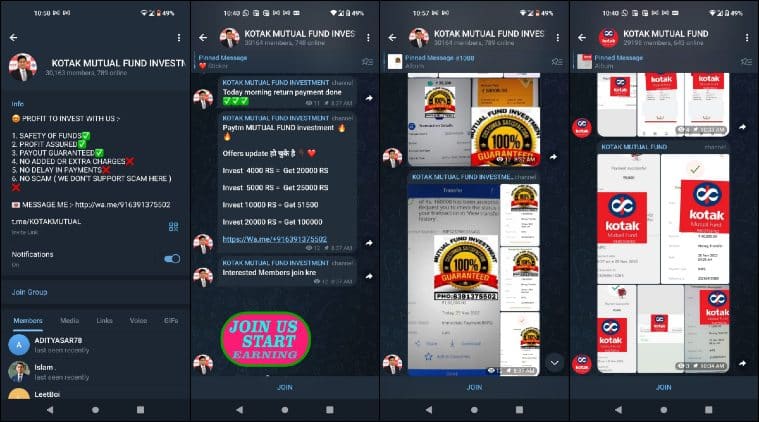 Here’s an example of the kind of messages and other elements you will see on such fraud groups. (Express Photo)

As you can see in the images above, these groups are also full of screenshots and user testimonial videos to ‘convince’ users of their legitimacy.  The username of such groups is also an easy tell if the group is fake.

The other way to ensure that you are not being taken for a ride to check the official bank website and see if such claims and investments are also available on the website. You will realise that the official Kotak website will never make such incredible return claims. Or you can also find an official helpline number for Kotak and contact them for further clarification.