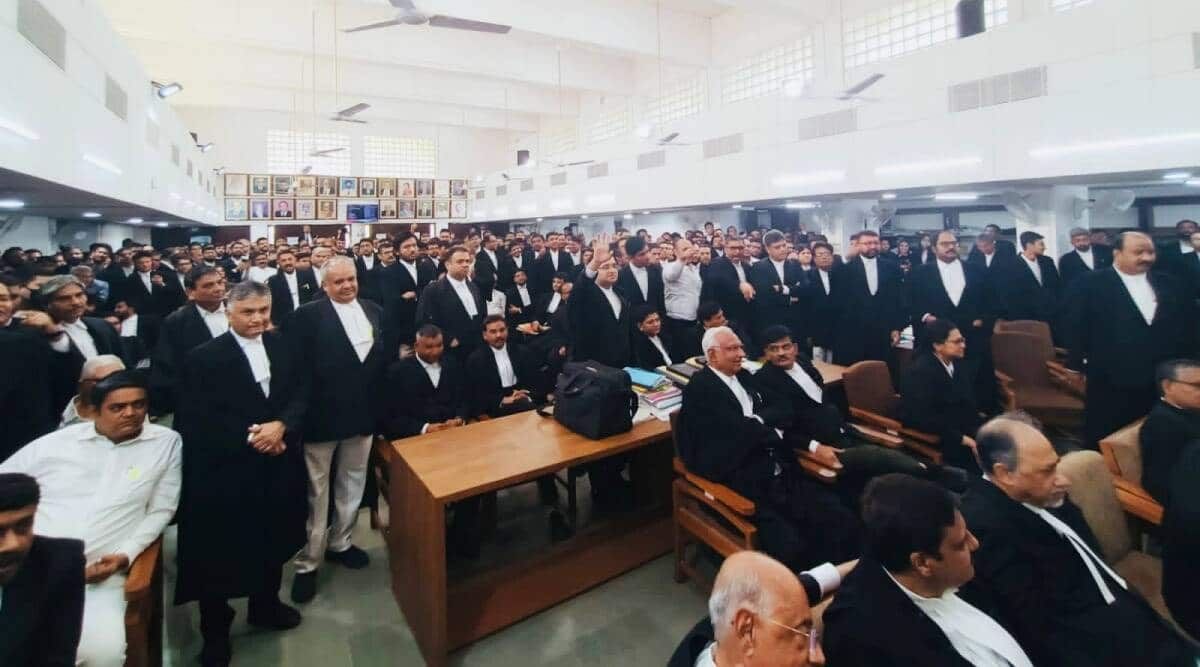 Noting that there was “no just reason” to transfer Justice Vipul Pancholi of Gujarat High Court to Patna High Court, Gujarat High Court Advocates’ Association (GHAA) members have decided to wear a white badge on their gowns from Thursday as a mark of protest against the Supreme Court Collegium’s decision.

The GHAA also addressed a representation to Chief Justice of India D Y Chandrachud seeking a reconsideration of the Collegium’s decision dated September 29, adding that the GHAA members’ “unanimous view” of Justice Pancholi is that “he is true to the oath he has taken for upholding the Constitution of India” and that in the little over eight years since Justice Pancholi has been a judge at the Gujarat HC, “the experience of members of GHCAA who have appeared before him is almost uniform and without any complaint, irrespective of standing of the advocate at the Bar”.

The association also pointed out that as a judge, Justice Pancholi dealt with almost all the subjects that a single judge handles as per the roster, and disposed of over 35,000 matters.

“The members of GHAA are of the considered opinion that there is no just reason to transfer such a fine judge who is now about to enter the Collegium of Gujarat High Court in short time. His experience as judge can prove invaluable for administration of justice in Gujarat as he has still 8 years left as Judge of Gujarat High Court. To transfer such an experienced judge from Gujarat will be counter-productive to the administration of justice in Gujarat and as paterfamilias of the institution,” the GHAA’s representation to the CJI notes.