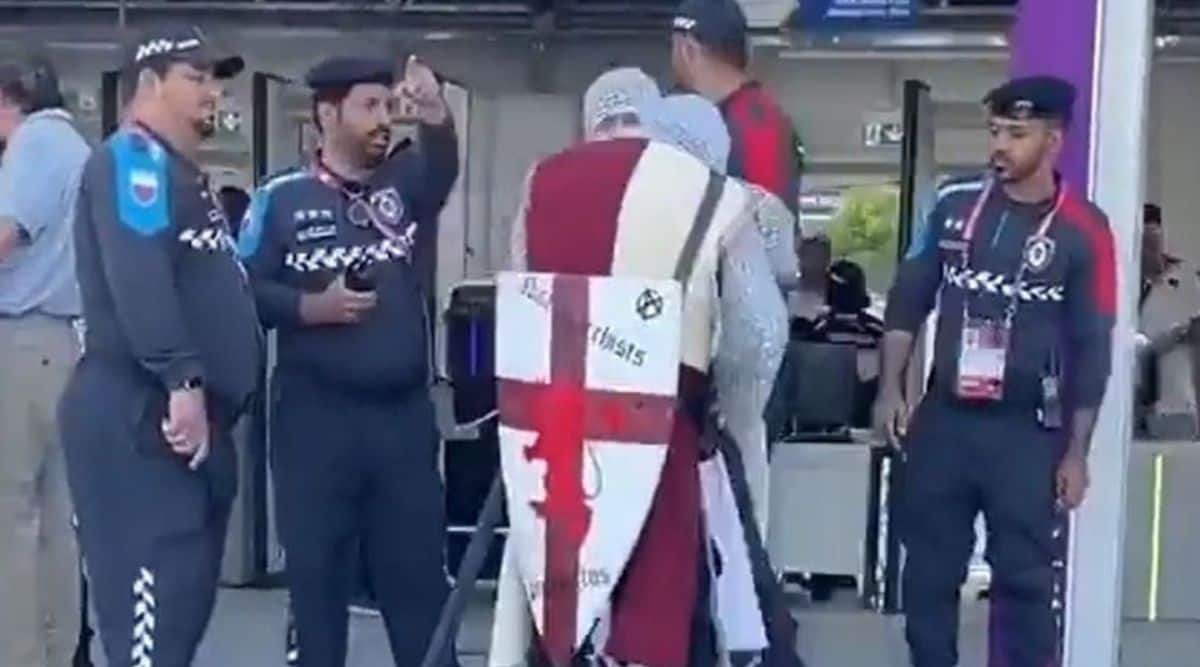 It’s not uncommon for English fans to visit football stadiums dressed as St George the ‘military saint” depicted as a soldier wearing chains, a helmet and armour.

Some felt their opening game against Iran would be the perfect occasion to reach the stadium in their complete crusader gear. But a video posted by London-based journalist Bob Carter shows security officials denying entry to armour-clad English fans as it could hurt the sentiment of locals.

The Arabs have sent the ✝️ crusaders packing once again. ☪️

How history loves to repeat itself 😉#Qatar #Eng #FIFAWorldCup https://t.co/M47Nu0BSOs

The historical context is the blood-soaked Crusades recorded between 1095 and 1291 where Christian armies fought against Islamic rulers to take control of Jerusalem and the region around it.

It is believed that thousands of innocent people were slaughtered and looted. The Qatari authorities could not afford to enrage the locals by allowing English fans dressed as crusaders in the stadium.

A football anti-racism group called Kick It Out has asked English fans from refraining to dress up as crusaders for the remaining matches.

“We would advise fans who are attending FIFA World Cup matches that certain attire, such as fancy-dress costumes representing knights or crusaders, may not be welcomed in Qatar and other Islamic countries,” it said.