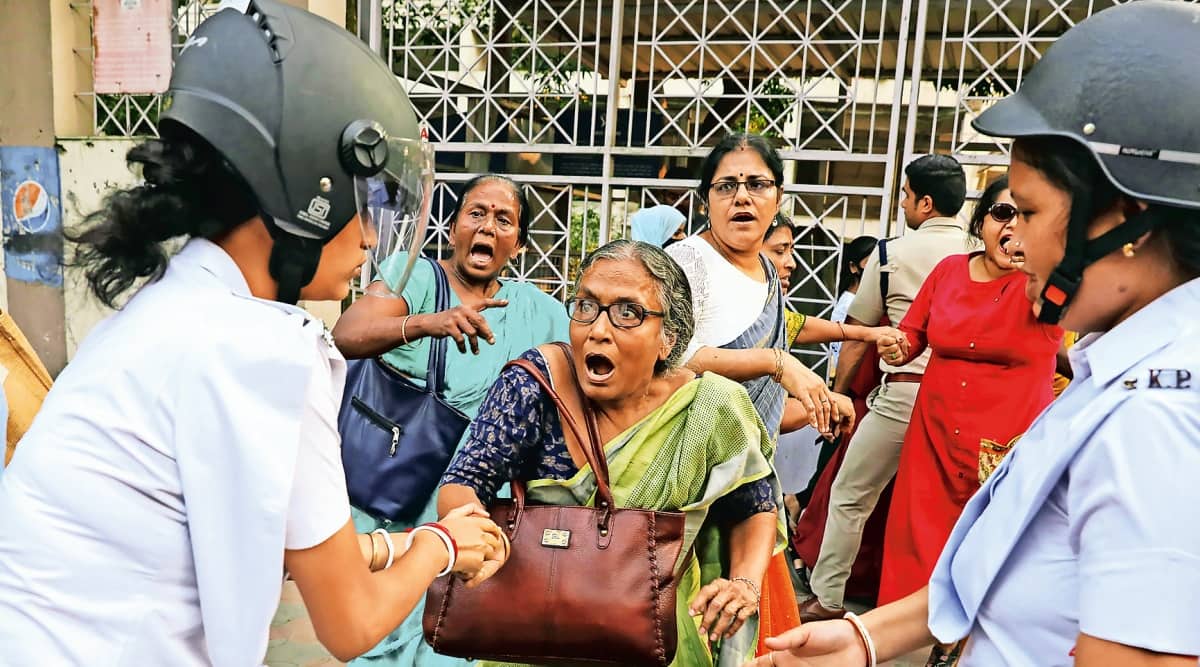 A SECTION of state government employees on Wednesday clashed with the police during their agitation demanding a hike in the dearness allowance (DA) at par with the Central government.

The employees took out a rally from Esplanade towards West Bengal Legislative Assembly. As Section 144 of CrPC wa imposed in the area, the police stopped the employees. Soon a scuffle broke out between the two groups, resulting in several employees getting injured. The police used force to drag the protesters into police vans. One of the protesters alleged that he was punched twice by a policeman after he continued to protest. As the Assembly now in session, the police stopped the agitators, rounded them up in vans and took them into preventive custody. Some of the employees exchanged fisticuffs with the police personnel. The police said 42 people were detained.

“Why are we being beaten up like this? We came here to demand a hike in the dearness allowance and clearing of our pending dues by the state government. But in return we are receiving blows by policemen,” said one of the protesters.