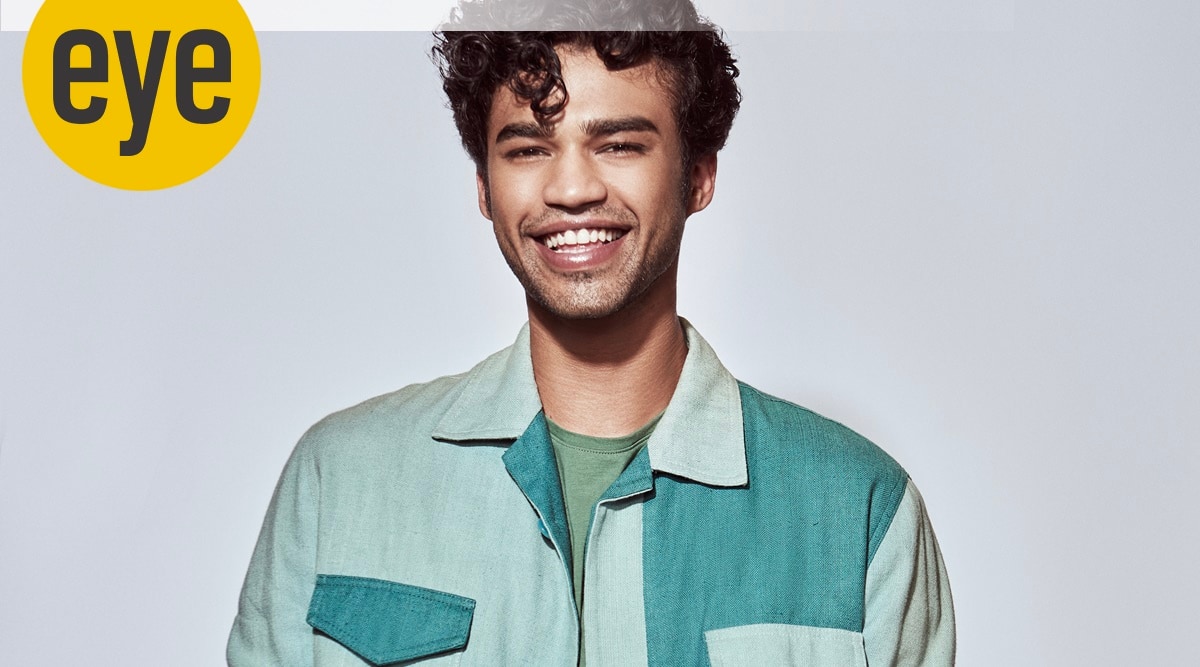 Babil Khan had to undergo an intense and immersive process to essay the role of a young vocalist in Anvita Dutt-directed Qala, set in pre-Independence India, that is scheduled to release on Netflix on December 1. After the initial readings, he was not allowed to go through changes to the script. Instead, nudged by Dutt, Khan tried to remember details of his character Jagan, use his imagination, and borrow from his own life to build the character.

At 24, Babil has the disarming candour of a newcomer savouring the magic of the silver screen even as he tries to find his feet in the industry. He speaks animatedly and his answers are unrehearsed and expressions unfiltered. “While doing Qala, I could feel all my anxieties rushing in when I faced the camera for the first time.” Dutt, who has also written Qala, stepped in. “She took care of me as one would nurse a broken-winged pigeon that landed on one’s balcony. I have grown as an actor since then. I am eagerly waiting for the audience’s response and those from Baba’s fans. That’s part of the journey — to accept, surrender, and let go of your art and craft,” he says. 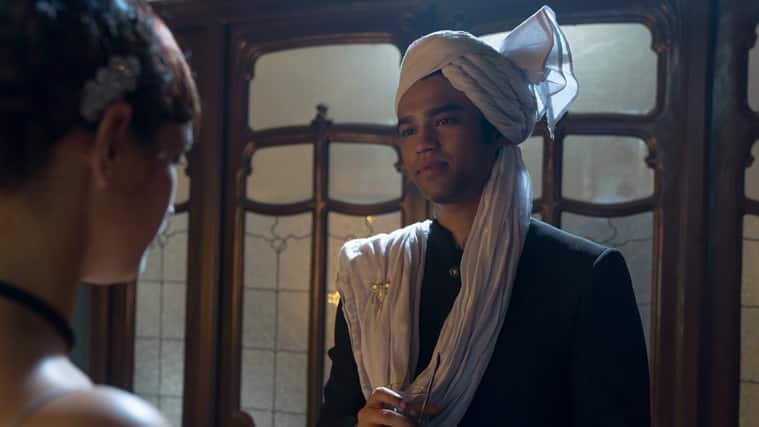 Son of actors Irrfan Khan and Sutapa Sikdar, both National Drama School (NSD) graduates, Khan sounds thoughtful and pragmatic as he talks about the inevitable comparison with his legendary father that will follow the film’s release. “That’s bound to happen. Since Mamma was not in the limelight, people don’t make that comparison. But I am their son and I have inherited their genes. It’s part of my journey to be compared to their legacy.”

When Babil bagged the role of Jagan, he was still trying to come to terms with the loss of his father, who passed away on April 29, 2020. Two months later, Babil dropped out of his degree course in films under the University of Westminster to act in Qala. Sikdar, his mother, says she was “extremely nervous” about the decision. “I was afraid that he would be unnecessarily judged for being Irrfan’s son. I was also not sure if he was prepared, so soon after Irrfan left us,” says Sikdar.

The timing of Babil’s decision aside, it was a no-brainer why he chose acting. Since his childhood, he loved performing in front of a gathering. “Letting go of who you are and be totally engrossed where your insecurities have turned into the experiences of another human being… In that surrender to be able to affect someone else’s soul is magical. That happened on stage when I was in Class VIII and acted in a play called The Comedy of Errors. I didn’t know then it’s called acting. I just knew that whatever was that feeling, I wanted to explore that,” says Babil, who is also passionate about music and writing.

After Babil’s stage appearance ignited his desire to act, Irrfan kept feeding him “life lessons” integral to an actor’s journey. Still, Irrfan had his concerns. “This art and craft involve a lot of soul torment. One has to put oneself through the discipline of consciousness. It’s not just about how to train your body, but also your being,” Babil recalls Irrfan telling him. 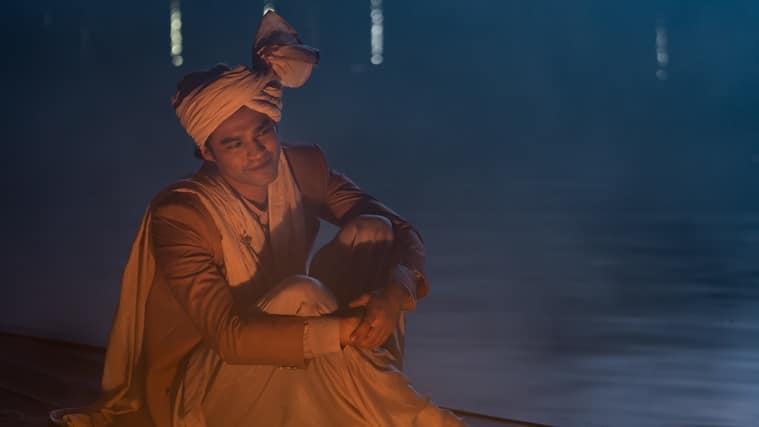 Sikdar’s concerns were different. “The amount of sacrifice it requires to become a public person and to let go of your private life is huge. Everyone is not Irrfan Khan to be able to protect it. Babil is a very sensitive soul. To become an actor in today’s time especially is more of a sum total of public perception — how many Instagram followers one has, for instance,” she says. In an old post addressed to Babil, Sikdar, who has been the family’s anchor, had written, “You can never hurry your father’s legacy.” Sikdar says: “His father’s legacy is not only about acting. It’s about a sum total of philosophy, spirituality and individually. That cannot be achieved overnight. My advice (to Babil) is to be patient and let his craft flower and not get trapped in perception and projects.”

With Qala, Babil — who counts among his inspirations his father, Christian Bale, Marlon Brando and Dilip Kumar — is already following a path unusual for Hindi cinema. It’s not a mainstream film. Babil, though cast in a crucial role, is not the protagonist. However, doing things differently has always been encouraged in the Khan household. “If people said parenting should be done in a certain way, Baba would kick that opinion out of the door. He would say: “Tumhe khel na hai toh khelo (If you want to play, go play). If you want to break the lights, do that. He didn’t restrict the freedom of the child’s soul,” says Babil, iterating that Irrfan and he were “best friends”.

Babil’s social media posts after Irrfan’s demise – personal, raw and emotional – were an attempt to show this unique facet of Irrfan’s persona. “I was a nightmare. I used to speak my heart and mind. It was cathartic… Baba is one actor who didn’t care about the industry and its taam-jhaam (showing off). It took him a lot of time to gain acceptance. Apart from his family, it’s his fans who were loyal to him. After he passed away, it was important for me to keep him alive and share with his fans things that they can cherish.” 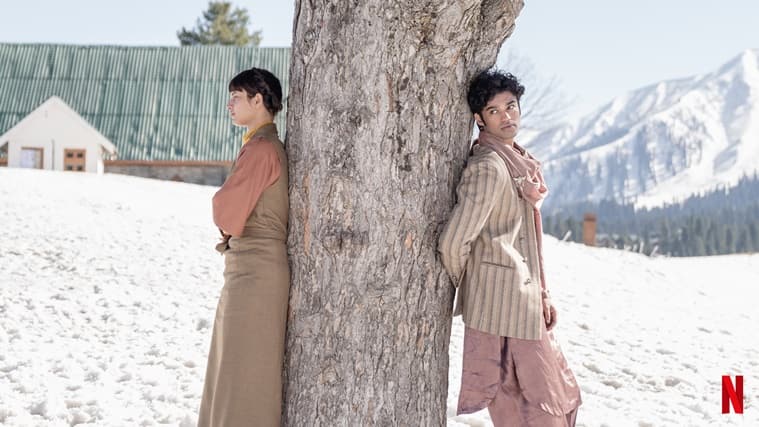 How would have Irrfan reacted had he watched Qala? “Baba would have been happy. I can imagine the laughter we would have shared after watching it and, also, being cuddly. We were very huggy-buggy types. Then, he would have said: ‘Now, let’s get back to work’,” says Babil, who will be seen in the YRF’s web-series The Railway Man after this as well as in a Shoojit Sircar movie. “The most important growth in me since Qala has been not to fear the pressure. Finally, I am enjoying acting as I did in Class VIII. Send me to workshops. Make me perform. I will do it,” he says.