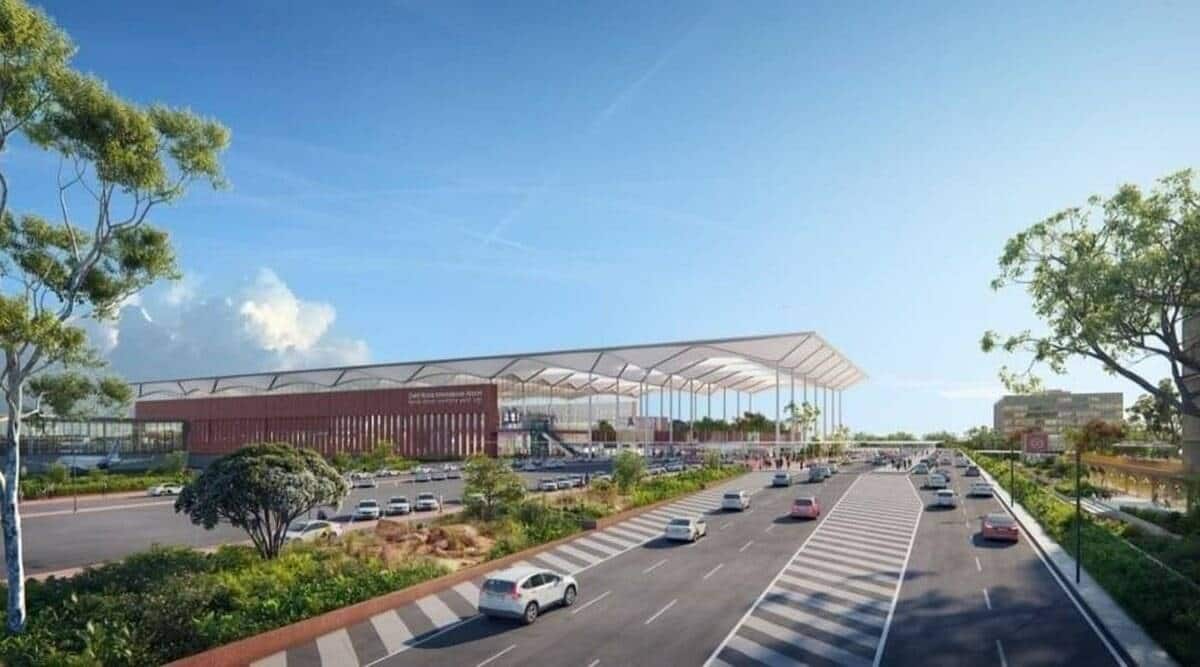 As infrastructure projects come up across Greater Noida, such as the Knowledge Park Data Centre project, and most prominently, the Jewar International Airport, what was once rural farmland is turning out to be a magnet for investors.

Buyers are either looking to purchase from private sellers or to obtain plots allotted by the Yamuna Expressway Industrial Development Authority (YEIDA). For the former, they are likely to turn to one of many small-to-medium-sized real estate companies that dot the Yamuna Expressway in the vicinity of Jewar.

BJP District Vice-President Harish Pandit owns one of these. Pandit says, “If you look at how the price of land, and especially agricultural land, has changed since 2014, there is a huge rise in prices. A plot that would have been Rs 20 lakh a few years back will cost around Rs 7 to 80 lakh since there are many buyers. It is likely that the price of land may go even higher.”

He adds, “If you look at buyers, nowadays there are a lot of people who are buying land as an investment since the price can go up. Others will probably go into large developments like the upcoming Yamuna Film City. Another type of buyer is those who buy land anticipating that it may be acquired later, and thus can take advantage of compensation.”

Large-scale developers have already seen the writing on the wall here as well. One of them is Manoj Gaur of Gaur Group, which has invested in the Gaur Yamuna City project about 20 minutes drive from the Jewar International Airport. Gaur says, “Because of the airport, Jewar will be a major investment site. This is especially true since 2014 when the site was selected as the airport location and there was no more confusion over where it would be constructed. Those who invested early will be at an advantage because if you look at the allotment rates from back then, prices would have almost doubled.”

YEIDA has also recently issued applications for an e-auction to be held to allot four plots for hotels near the airport.

However, not everyone is happy about the changes in the area. Chief among them are the farmers of the Ranhera village, who have already protested multiple times against the prospect of being relocated far from their hometown.

Jeetu Singh, a farmer, says, “Our demand is that we should be relocated only to the vicinity of nearby Modelpur and not to Faleda which was proposed earlier. Faleda is not at all suitable for us as we want to be near Jewar and have access to markets, schools, and other facilities. Also, the soil in that area is not at all suitable for building houses. The foundations will sink as it is soft.”

Another farmer, Jaipal Singh, says, “Another reason we want to be located nearby is that almost everyone in the village is a farmer. It makes no sense for us to go long distances to tend our animals and till the fields.”

Officials have since clarified that the final area for the relocation has not been selected, and would only be done in consultation with those affected.